Home > Can Your Mobile Phone Defend Against An Online Attack? 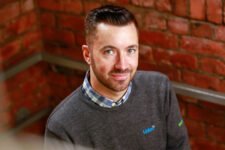 Can Your Mobile Phone Defend Against An Online Attack?

Every 19 seconds, an SME is successfully attacked by cybercriminals in the UK. Some of these attacks will involve hacking mobile phones that have access to business accounts. By now, most businesses understand the value of investing in robust anti-virus software for their desktop devices, but there is a wealth of business data going unprotected on mobile phones.

It is becoming more common for SMEs and charities to let employees ‘bring your own device’. This is a trend that allows teams to connect personal devices to organisational networks and access company systems and accounts. Therefore, mobile phones are becoming devices where personal data meets business data. Another reason why cybercriminals are turning their efforts towards hacking phones.

What are the Online Threats against Mobile Phones?

Phishing and Smishing – These are social engineering attacks that trick users into giving away credentials, often by leading them to a fake website. They can also encourage users to download a file they believe to be legitimate but contains malicious software. This will then infect the mobile device causing damage.

Hidden apps – Hiding in plain sight, malicious applications have been known to be available to download from official app stores and promoted on social media platforms. This is because they are hidden within what appears a genuine application. Once installed onto a mobile phone, they can run intrusive adverts, collect data through spyware, or slow the device down.

Public Wi-Fi and Network Spoofing – It is easy to be tempted to access public Wi-Fi when you are on the go. We often do so without thinking, and that is why hackers have been known to use this to their advantage. Dangers include the distribution of malware to connected devices and intercepting sensitive data with a ‘man in the middle’ attack.

Network spoofing is where cybercriminals set up fake access points that often resemble public Wi-Fi connections such as coffee shops or libraries. Once a device is connected, they can watch what the user is doing and steal important data such as passwords.

Every mobile phone should be protected. Whether it is a business device, personal or used for both, installing threat defence will help to keep your sensitive data safe.

We recommend Lookout for both Android and iPhone users. As a market leader in mobile security, Lookout detects and protects against application, device, and network threats. Using threat intelligence from a global sensor network of millions of devices and insights from leading cyber security researchers, users can have peace of mind knowing that it will detect the very latest threats. An important feature of any security solution in an ever-evolving threat landscape.

Lookout even detects and protects against phishing and smishing attacks across emails, texts, messaging apps, and social media. Even the most vigilant user can appreciate being safeguarded from this popular method of attack.

Ann Davies at BizWizUK is a client of Linten Technologies and uses Lookout.  Ann commented “I was shocked to hear that cyber criminals are now also targeting mobile phone users.  It’s also now important to protect my mobile phone and Lookout gives me peace of mind.  Linten Technologies are so proactive, I’d never even heard of Lookout until they recommended I use it, which is all part of the service they provide.  I now feel so much safer that I am protecting my mobile phone data.“

The best part of Lookout is that it is an incredibly cost-effective security solution to keep teams and data safe. It is also easy to use and will tell you in real-time if any threats are detected.

Speak to our IT Specialists for more information about Lookout and cyber security for your business.

Book a chat with our IT Specialists.

The Top 5 Benefits of IT Support

What is a Hosted Phone System (VoIP) & How Does it Work?

What are the Security Risks of Cloud Computing?

The Top 5 Benefits of IT Support

What is a Hosted Phone System (VoIP) & How Does it Work?